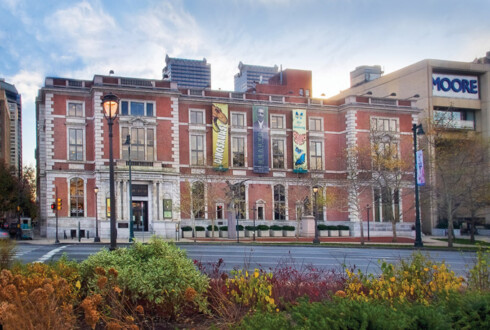 Discovery of an Eagle begins in an office in Philadelphia’s University City.  Cosmo Greco, the protagonist of the story, attended University of Pennsylvania where he studied Astronomy.  He only attended for 2 years before dropping out, but continued to live and work in the same neighborhood for 8 years after dropping out. Movement and change is extremely difficult for Cosmo because he grew up in a household with so much uncertainty and unpredictability.  So he stays in the familiar surroundings of University City, where he works at the same job until he is laid off in the beginning of the story.

This neighborhood includes such academic institutions as University of Pennsylvania, Drexel University and University of the Sciences in Philadelphia, so it is brimming with vibrant student energy and is home to a very wide diversity of people. Not far from the city’s downtown area, University City has a large residential area on its western side.  The architectural style is primarily Victorian and other early 20th Century styles, many of which have been converted into small apartment buildings.  An apartment in one of these such buildings has been Cosmo’s home for over 8 years, a home which he is secretly terrified of leaving.