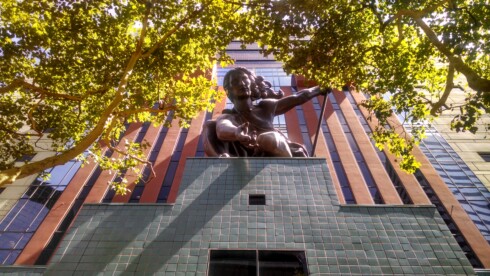 Portland is the destination of the journey and so it is the last stop along the way. Situated near the confluence of the Willamette and Columbia Rivers, Portland has several bridges and is also known as the “City of Bridges.” “The City of Roses” is another nickname given to this place as it’s damp mild climate is very conducive to growing roses.

Throughout the journey, Cosmo is unsure of whether or not he will make it to Portland as he contemplates turning back several times along the way. His resistance to finishing the trip is symbolic of his fear of change and Portland comes to represent something more than just a place to him through the course of the story. By the end of the story, he discovers “why it was so important that he finished this trip, and that the importance of finishing wasn’t so much getting to the other side of the country, but getting to the other side of himself, to that part of him that made his life worth living.”