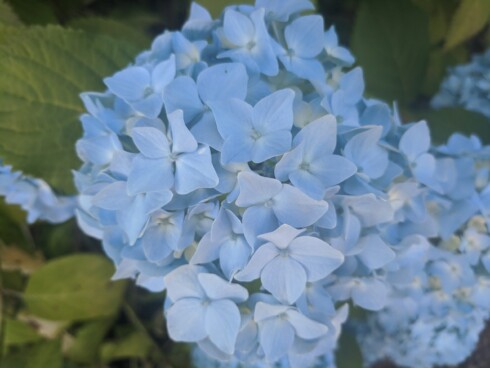 I hope you enjoy this free short story that I wrote a while back. For those of you who read “The Bird that Sang in Color,” you’ll see many similarities.

Atlantic City was only twenty miles away but the bus took over an hour to get there because it went the long way and made a bunch of stops, one of which was to kick some fat guy off for being drunk. He glimmered in the early-morning sun as he stumbled off the bus. I looked at my watch to see that I’d probably be late for work but I didn’t care. I knew I’d be getting canned today. I worked in an ice-cream shop in what once was the Playboy Casino and it could have been a fun place to work had my boss not been a total bitch face. When she took me outside to tell me I was fired, I could hear the pleasure in her voice. The whole time she talked about all the stuff she didn’t like about me, all I could think of was how happy I was to be free of that place. I needed to do something fun to celebrate so I decided to go to visit my brother, Vince, in Ventnor. His place was only a walk away from the Playboy and it was a nice day for a walk.

As I walked along the boardwalk, I saw a help wanted sign in a pizza place and it dawned on me that I had to find a new job. A sadness swept over me. I knew that whatever job I found wouldn’t offer pay comparable to that of an ice-cream shop in a casino, and I’d have to go from place to place filling out those stupid applications. I’d probably have to lie about my experience and hope that the prospective employers didn’t check references too carefully. I might never be able to buy that bike I’ve been saving up for, and so much for getting any new clothes. I’d be stuck in the same old, worn hand-me-downs I’d been wearing since I started college two years ago. I got more and more depressed as I walked on; not even the sunshine or the sound of the ocean waves could make me feel better. I hoped that a visit to Vince’s might get my mind off my problems.

When I arrived at his apartment building, I was greeted by the same lady who always greets me when I go there. She lives down the hall from Vince and she claimed to be one of those alien abductees. I said hi to her and went upstairs and knocked on his door and he yelled, “Come on in, Jamie.”

“Hey, Vince,” I said, still in my bummed-out mood.

“What happened?” he said. I’m a bad actress and people can always tell when I’m down.

“Bummer,” he said, and then after a small pause, he added, “This will cheer you up.” He grabbed his guitar out of the corner and said “I’ve been practicing” and started playing “The Word” by the Beatles.

I watched Vince’s great big hands play the guitar and got mesmerized and didn’t think about my problems the whole time he played but as soon as he stopped, the whole money thing hit me again. He must have seen the sadness in my eyes, so he told me he’d buy me lunch. We headed down to a hoagie shop and got tuna melts. While we ate, Vince told me about the time he was astral projecting and saw Helen of Troy. If anybody else had told me the story, I wouldn’t have believed them, but Vince was the most mystical person I ever knew.

“See any other famous people?”

“No,” he said, indifferent. He got up to pay the bill and get a Classic Coke and we headed back to his place.

We only walked a few steps when I caught sight of a pair of blue suede clogs in the window of a shoe store and I dragged Vince inside so I could try them on. They were a perfect fit and on sale for only fifteen dollars. I knew I shouldn’t be thinking about buying a new pair of shoes with my money problems, but I always thought clogs were the coolest things around, and the only shoes I had at the time were so worn down that there was a hole in the sole.

“What do you think?” I said to Vince as I looked at the reflection of my feet in the short shoe mirror.

“They’re all right,” he said reluctantly. “Your feet are gonna get hot in them in the summer.”

“You’re just jealous ’cause I can sing the Elvis song and you can’t.”

He laughed and said, “The song’s about shoes, not clogs.”

“Well, there should be one about clogs.”

I asked the sales lady to hold them for a couple of days and Vince came over while I was talking to her and said he’d buy me the shoes. He told me he just got paid. I told him he was the best brother in the whole world. He bought the shoes, I put them on, threw the old ones in the trash, and we walked down the street singing “Blue Suede Clogs.” I felt like a new person in these clogs and I wanted to keep walking.

“Let’s go to the Atlantic City Boardwalk,” I said. Vince wasn’t sure about going but then I reminded him that we could go to the arcade and he changed his tune. We walked the boards and my hair, already big, grew bigger and bigger in the damp, sea salt–scented air, until it became a big brown puff. As we were walking into the arcade, I heard someone shouting my name. I looked in the direction of the voice and heard my name called again. The voice belonged to someone in a giant peanut costume. When I got closer, I saw the face of my friend Carl beneath the costume. He was leaning on the boardwalk railing having a smoke.

“My uncle’s friends with the owner of the shop.” He blew smoke out toward the ocean. “You know, they need a Mr. Peanut for the Ocean City shop. The old one got into a bike accident or something.” He told me who to contact and I thanked him a bunch of times and then Vince and I went to play some games. As my Ms. Pac-Man ate piece after piece of fruit, I thought about the day. It started off so lousy but then it turned great. I felt grateful for getting canned; for my new magical clogs; and for having a brother like Vince. The time escaped me because that’s what time does when I’m happy—really happy. I had to get back home, but it was tough to break myself away.

We went down to the bus stop and after waiting for only about twenty minutes, my bus came. I was sad because I didn’t want the day to end. I got on the bus and Vince started running alongside the bus with a big smile on his face. The bus moved away and he grew smaller and smaller, but I could still see the great big smile that took over his entire face. I can still see it now.

Grace Mattioli is the author of the Olive Branches Don’t Grow on Trees, Discovery of an Eagle, and The Bird that Sang in Color. These books are available from all major online book sellers, including Amazon, Barnes & Noble, and Apple Books.