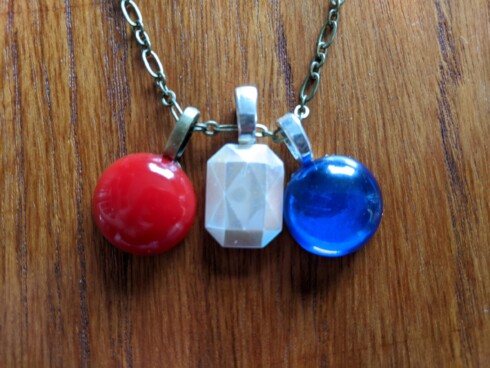 In the chapter entitled, “Remember the Bonsai” of Olive Branches Don’t Grow On Trees, Silvia talks to Vince about his hostile feelings towards their brother-in-law, Doug. Vince is in the former Occupy movement and Doug is a Wall Street investor. Silvia warns her brother that his attitude towards those with different values is counterproductive and that the only way he may be able to get through to people such as Doug is by connecting with them, rather than opposing them.

This “us and them” mentality has grown exponentially in the past few years, fueled by such a sharp division in political ideologies that the United States has become the Divided States. A massive wall is being built in this country, but one already exist here–a big, mighty, and fierce wall that has propelled a sort of civil war that has been created solely by fear. Living from a place of fear will ensure unhappiness. In The Bird that Sang in Color, Donna realizes true happiness when she decides to start living out of love, not fear.

In the American road story, Discovery of an Eagle, Cosmo acknowledges the ghost-filled swamps of the South, the mistreatment of Native Americans in the West, the pervasiveness of corruption in his country, but he still sees it as a beautiful place where eagles glide “along with unearthly grace to remind everyone that our own journey can be as smooth or as rocky as we chose to make it.” They appear and then disappear as if by some divine magician, and in their brief revelation, remind us “that we all have the potential to rise above.”

My own special connection with this country comes from living in four very diverse geographic regions, having driven on every major interstate and through every state, and having been so touched and transformed by my travels within this country that I wrote an American road story. I’ve been deeply saddened for the past four years while seeing a place that I loved and was deeply connected to get torn apart. Today feels like a new beginning, an end of the divisiveness that has plagued us. Lets continue to tear down that ugly wall that divides us and put something beautiful in its place. Flowers are always nice.