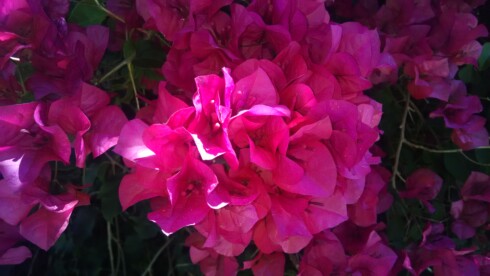 The theme of transcendence is explored within my novels as I am very passionate about this subject. I believe it is possible to live in the world while occasionally being able to rise above it, and that this is essential for one’s happiness. I wanted my characters to be able to transcend the world while being able to live in simultaneously. In Olive  Branches Don’t Grow On Trees, Silvia’s ability to rise above is manifested in the scene in which she watches the sunset in Cape May. In the end of this novel, all six of the Grecos are able to experience a moment of transcendence as one: “It was the sound of togetherness. The sound of six becoming one. The sound that rises above it all. The sound of peace.”

In Discovery of an Eagle, Cosmo discovers that thing inside of him that allows him to transcend the world. The central image of the eagle functions as both a symbol of divinity and immortality and as a reminder that we have the potential to rise above: “It glides along with unearthly grace to remind everyone that our own journey can be as smooth or as rocky as we chose to make it. It appears and then it disappears as if by some divine magician, and in its brief appearance, it gives the world a flash of revelation. It transcends this world as a reminder that everyone has the potential to rise above.”