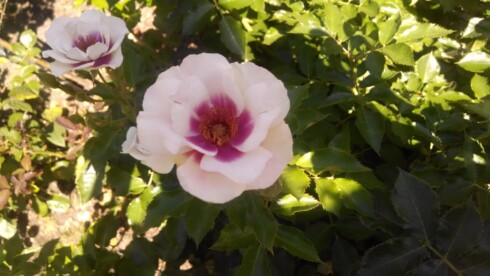 I wrote my first story when I was ten years old.  It was called The Magic Pen. This story was about a pen, that when used, created stories and poetry without the use of any human input as if a sacred power came through the ink of the pen. I could have never known that this story would end up being so relevant in my adult life for as I write now, I often feel a divine force coming through me, telling me what my characters should say or do or feel; telling me about a scene I should add to my novel; or whispering some great line of dialogue or description in my ear.

I didn’t always have this experience through writing. It’s something that only began happening to me a little over a couple of years ago when I began writing my first novel, Olive Branches Don’t Grow On Trees.  In this novel, 23 year old Silvia Greco makes peace in her feuding family while finding direction in her own life. Around one third of the way through writing this novel, she surprised me by deciding that she wanted to pursue a career as an art teacher. She could not have decided on a more appropriate career path:  She is a free-spirited painter who comes to realize, through the course of the story, that she enjoys children and wants to fill their lives with art. When she made this decision, I really knew that I had created a dimensional character who was truly alive.

Shortly after starting to write Discovery of an Eagle, the second book in the trilogy, the protagonist, Cosmo, Silvia’s older brother, surprised me right away in the second scene. I attributed the immediacy of this surprise to the fact that I already knew Cosmo because he was introduced in my first novel. This scene takes place right after he has been laid off from his job.  He is in his apartment where he notices, for the first time, how badly his apartment needs to be cleaned. So he scrubs the place down. His decision to clean the apartment fit perfectly into the themes of renewal and personal transformation. He continued to surprise me throughout the rest of the novel as he became more and more alive.