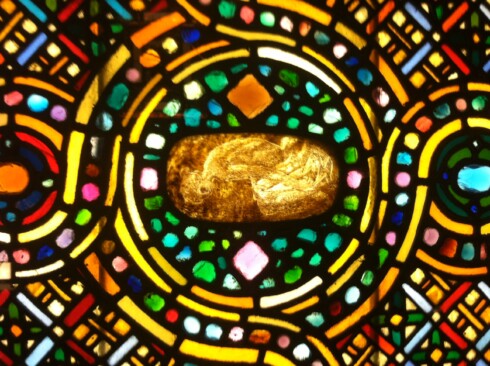 Following the rules of writing effective opening scenes is vital so that readers will be able to suspend disbelief.  Readers must be grounded in the protagonist’s point of view in the beginning of a story.  They must see the world through his eyes; her thoughts, feelings, desires and motivations must be conveyed in the opening scene.

The first sentence of Discovery of an Eagle reads: “When Cosmo Greco first learned of the lay off, the first thought that popped into his head was how he’d spend the rest of the day between the comic book store and the cafe.” This sentence has several functions. It grounds the reader in Cosmo’s perspective by revealing his thoughts and feelings; it reveals his internal conflict and his desire to break free of his world; it sets the tone of voice for the story; and it entices the reader into the story. By the end of the first paragraph, the external motivations and the inner conflict are further revealed and it’s clear that Cosmo is in conflict with himself.

In Olive Branches Don’t Grow On Trees, the first paragraph functions in the same way pulling the reader into Silvia’s head and revealing her level of desperation as she waits for her coffee to finish brewing “as if it was all she had left in the world.” The first sentence of this novel, “Silvia Greco knew that the silence wouldn’t last” reveals her desire for peace which is the theme of the book. It reveals the major conflict of peace versus war between the protagonist, Silvia, and the antagonist, her father.  Her father, Frank, has left the room but will shortly return to resume his noise-making, thus disrupting Silvia’s world and her peace of mind.